An indirect light from the LaMonte Young solar system has been shining on LA in the last month. On January 12, SASSAS presented Konrad Sprenger and his mechanical guitar, playing a piece reminiscent of his work with Arnold Dreyblatt (a former student of Young's and one of my favorite composers). On January 25, Nicholas Isherwood and Vox Nova performed Stimmung, Stockhausen's Young-inspired piece, at Jacaranda. And, on February 4, REDCAT presented Percussion, Justly Tuned, an evening of drones, close mic'd drums, and laptops featuring pieces by Ulrich Krieger, Brian Chase, and John Colpitts.

Percussion, Justly Tuned started with the world premiere of Ulrich Krieger's Móðsignors Hämmer, for percussion quartet and electronics. It was performed by Amy Knoles, Joshua Carro, Michael Day, Elliot Glasser, Scott Cazan, and John Baffa. This mesmerizing textural piece conjured up a whole slew of associations: sometimes recalling Tenney's MaxiMusic, John Luther Adams' Qilyaun, Lou Reed's Metal Machine Music, or a futuristic/cro-magnon Kraftwerk. Close mic'd drums and cymbals were activated with hands, sticks, mallets, and bows, sending signals to be computer-processed and re-directed to the audience. In December I saw Ulrich's Fathom quartet perform at Pieter Performance Space, and attendance was much sparser. It was nice to see this piece reaching a relatively larger audience.

Brian Chase's Drums and Drones came after an intermission. I had a lot to say about it. However, I edited most of it out at the last minute, because I don't want to disparage musicians who are trying things that are obviously outside of their comfort zone. The path is noble, but has not yet been travelled to the same distance as Krieger or Colpitt. Ursula Scherrer's live video was quite nice - ALMOST distracting enough. 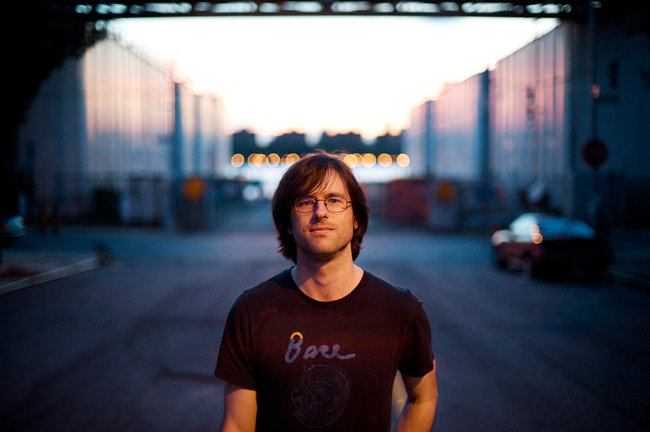 After a second intermission, John Colpitts' Ur Eternity came on like a mixture of an un-quantized Drumming and The Boredoms' BoaDrum performances. The musicians were arranged in rows facing each other, like Drumming, with 2 double-kick drummers and electric bassists in the back. The percussionists played single stroke rolls (like a timpani roll), two players per drum. Beginning with one pair of drummers, a single drum was gradually added, until the two electric bassists and the double-kick drummers added the final layer. This incredible wall of sound was held for an Olympian length of time before stopping abruptly in true minimalism-proper style. It was a really great piece, and the perfect way to end the evening.