Early this morning, Daniel Rothman announced that Beyond Music will be suddenly ending after this weekend's concert.

since January 2011, Beyond Music has been a valuable and vital program to the community, which I have directed at Beyond Baroque's invitation and often at my own expense. In response to having discovered only when their new website had been launched, this week, that Beyond Music will cease to exist, Beyond Baroque's Director, Richard Modiano, gave no credible reason for precipitously canceling its season and not communicating that to me.

Selected past Beyond Music performances may be appreciated on YouTube at http://www.youtube.com/user/BeyondBaroqueMusic/videos?view=0 and I urge you to write to Richard (richard@beyondbaroque.org) and its Board President, Doug Knott (dougknott@earthlink.net) to impress upon them how important it is that Beyond Music continue without interruption.

Please come out to hear Claire Chenette & friends this Saturday night at 8:30."

Beyond Music has become an essential part of the new music world in LA, presenting exciting contemporary music groups such as the Eclipse Quartet, Moscow Contemporary Music Ensemble, Wild Up, and Ulrich Krieger. As I said in my Carl Stone concert review, "if I travel west of the 405 to hear a concert, there is an approximately 85% chance it's one curated by Daniel Rothman."

If you feel strongly about new music, consider contacting Beyond Baroque to voice your opinion on the end of Beyond Music.

Posted by Unknown at 9:43 AM No comments: 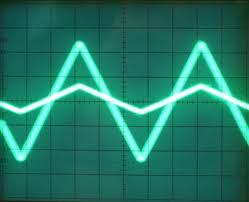 Auscultations now has an Amazon store! Any items that are mentioned on Auscultations and are available on Amazon will be shown in the store.

There is a link on the right sidebar for it.

Run Downhill recently released a video EP called Kilbourn. The music for Kilbourn was recorded live in one day, while the comic book inspired video tells the story of a harvest dance in a small western town called Kilbourn. These sharp updated-country songs were written by vocalist/percussive-polyglot TJ Troy, and the artwork was designed by Scott Angle.

Here is the Youtube video playlist where you can watch all five Kilbourn videos:


You can also download Kilbourn's five music tracks from Bandcamp:

While you're on Bandcamp, you can also check out Run Downhill's 2011 album, Giants:

This Friday night, the Accordion Babes Revue will return to Fais Do Do!

The Accordion Babes calendar is organized by Renée de la Prada. This Los Angeles show is being presented by Mrs. Hobbs (of Ketchup Soup, also a member of Free Reed Conspiracy) and The Petting Pantry.

Tickets are $10 in advance, $15 at the door.
Purchase advance tickets here: http://2013-la-accordionbabesrevue.eventbrite.com/

Posted by Unknown at 9:45 PM No comments:

In seventh grade I got The Residents' Freak Show CD-ROM, which my parents' Performa PPC was just barely powerful enough to handle. It was based on the 1990 album and designed by Jim Ludtke, whose work now seems dated but fantastic nonetheless. The Residents later collaborated with Ludtke on several other projects, including Gingerbread Man and Bad Day on the Midway.

In Freak Show, you could wander backstage at a freak show tent and learn about the stories of the various performers, sometimes through music videos and/or animated short stories. For me, Freak Show was a sort of gateway drug to the Residents' catalogue and a lot of other strange music. Sadly, I don't think it will play on modern computers, and may thus remain a discarded byproduct of technology's rapid evolution during the 1990's (I personally think it should be made into a website).

Below are some of the music videos related to the main characters of Freak Show. It is only a mere fraction of the art and content that was on the CD-ROM.

Everyone Comes to the Freak Show

This song, called Lillie, wasn't in the CD-ROM but was on the original 1990 album.

Nobody Laughs When They Leave

Posted by Unknown at 8:10 AM No comments:


However, my favorite Baldwin film is Spectres of the Spectrum, which you can't watch online. Here's the trailer:

The two concerts that made up the second half of Southwest Chamber Music's LA International New Music Festival 2013 highlighted the diversity in programming that the ensemble is capable of. The first of the two concerts took place on 02/23 and was all about electronics versus the soloist. Stockhausen's Nebadon Aus Klang and Cage's Muoyce II: A Reading Through "Ulysses" both involved 8-channel audio and a solo performer, french horn player Andrew Pelletier and musical director Jeff Von Der  Schmidt respectively. In contrast, on 03/02 the group returned to their usual chamber ensemble formation to present music by composers from USA, Mexico, and Argentina.

Nebadon is part seventeen of Stockhausen's Klang, an unfinished series work in which every piece represets one of 24 hours. The title references the Book of Urantia, on which his Licht operas were based (in the book, Nebadon is the universe in which the Earth is located). Stockhausen's esoteric cosmology can be confounding without prior knowledge, but in a stimulating piece like this you can take the encounter with the unknown at face value. Andrew Pelletier performed in an orange scarf in reference to Klang's Welhelm Ostwald-inspired color coordination, within which Nebadon is HKS-10 (orange). As he wandered searchingly around the empty stage playing an occasional gesture on the french horn, I thought of the early history of the horn as it was used by European hunters and how that connection might relate to Nebadon's extramusical content. I also considered Stockhausen's use of electronic loops of varying lengths, and how it related to Brian Eno's similar technique on Music for Airports (with drastically divergent results).

Nebadon was paired with Cage's Muoyce II: A Reading Through "Ulysses,"a piece involving one reader accompanied by traffic sounds. These city soundscapes were taken from all over the world and spread through the 8 channels around the hall. Artistic director Jeff Von Der Schmidt took charge as the reader, and his interpretation was drastically different than Cage's own reading style. Cage's speaking voice was always relaxed, monotone, and Zen-like. In contrast, Schmidt emoted, whispered, gesticulated, and even stood up yelling in a rage. Though considerably different, one would be hard pressed to place a value judgement on what must have been a conscious aesthetic decision. Von Der Schmidt embraced the differences between himself and Cage, and I was reminded of another Zipper Hall concert: Steve Schick's performance of Kurt Schwitter's Ursonate at Monday Evening Concert last April.

The concert on 03/02 opened with Alison Bjorkedal's skilled performance of Carlos Chavez's Inventions III for solo harp. The tonal dissonance of the piece caught me off guard, as I am most familiar with his symphonies and percussion ensemble music. I thought of Copland's Piano Variations, being a more dissonant work by a composer known primarily for his populist style. This seems appropriate, as it is was written in commemoration of Copland's teacher, Nadia Boulanger.

A much larger ensemble came on for Alberto Ginastera's Serenata, which featured baritone Abdiel Gonzalez and cellist Peter Jacobson. Ginastera made good use of his musicians, creating a aurally rich soundworld for his Neruda text to live in. Gonzales did a fantastic job speaking, singing, and testing the lower extremities of his range. Jacobson seemed to blow smoothly through what might otherwise be a treacherous path of exposed double stops. Each instrument in the ensemble was given a brief solo moment, besides the soloists who were given ample opportunity to shine (which they did).

Anne LeBaron's Some Things Should Not Move was commissioned for the 25th anniversary of Southwest Chamber Music, and this was it's world premiere. The most notable aspect of Some Things Should Not Move is LeBaron's rare ability to write for the harp. Being her native instrument, it is no surprise that her use of extended harp technique sounds natural in a way that most composers struggle with. The autobiographical tale of poltergeist-like activity in a Viennese apartment is revealed by soprano Elissa Johnston, supported with a colorful web of extended techniques employed by harpist Alison Bjorkedal, flutist Larry Kaplan, and bassist Tom Peters. This delightful macabre vision (with a libretto by Yvonne Eadon) opened itself to all manner of surprising sounds, from disembodied flute mouthpieces to bowed bass tailpieces.

Roger Reynolds' Positing was also commissioned for the 25th anniversary of Southwest Chamber Music and given it's premiere performance at this concert. It brought a sextet of acoustic musicians together with the electronic playback of Paul Hembree. A series of characteristically inventive musical gestures were played by the musicians and responded to by electronic playback. The two melded and overlapped to varying degrees, creating an acousmatic sonic stew that reminded me of Varèse's Deserts.

The difference in format between these two concerts demonstrated the disparate points on the musical spectrum that Southwest Chamber Music is willing to approach. I only have a few criticisms of the festival. The focus was entirely on entrenched composers. There were no works by the multitudes of up-and-coming composers that are starting to take over the musical landscape. Of the living composers involved in the festival, half of them currently live in the United States, though they may have more diverse roots. While the Americas, Europe, and East Asia were well represented, I wished to hear more from other parts of the world where music is a vibrant force. For an International festival, it would be great to hear music from places like the Middle East, Central or Southeast Asia, Africa, India, Australia, Iceland, or even Canada.

Overall, the festival was quite musically diverse, a testament to the successfully inventive programming of artistic director Jeff Von Der Schmidt. I look forward to hearing more new music from this forward thinking ensemble.
Posted by Unknown at 12:53 AM No comments: