Nine Winds at the Blue Whale

This month, Vinnie Golia's Nine Winds Records will be celebrating it's 35th anniversary with a festival of concerts. Every Wednesday evening in June, there will be amazing shows at The Blue Whale.

The festival kicked off on 06/06 with a set by Slumgum, preceded by Vinnie Golia with strings and piano (Andrew Tholl, Eric KM Clark, and Henry Webster on violins, Natalie Brejcha on viola, Derek Stein and Aniela Perry on cello, Ingrid Lee on piano).

No matter what manifestation it takes, Vinnie's music is recognizable as a manifestation of his particular voice. With an array of wind instruments around him, he loosely directed his string ensemble through a suite of tunes sounding somewhere between Xenakis, Ornette Coleman, Bartok, and Misha Mengelberg. It is a surreal sounding ensemble - a portal to an alternate dimension where staunch classical musicians and free improvisers speak the same native language. All alumni of Vinnie's Calarts ensembles, these are the sort of string players that are totally comfortable improvising. It is a rare skill for classical instruments that a place like Calarts both attracts and develops. 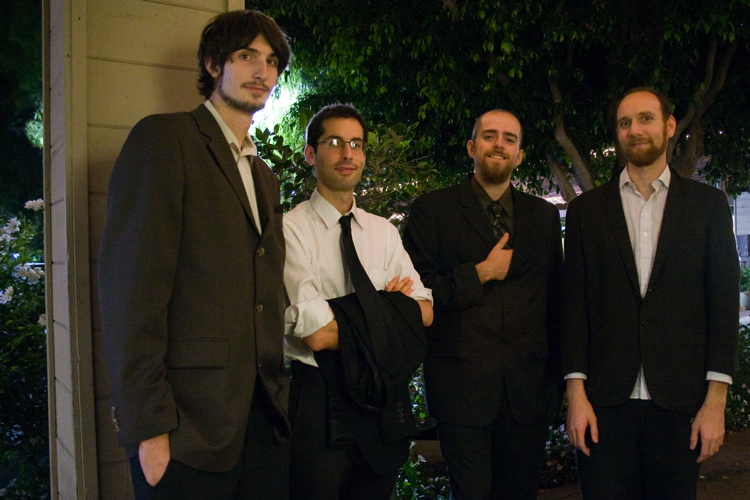 Slumgum (drummer Trevor Anderies, pianist Rory Cowal, bassist Dave Tranchina, and saxophonist John Armstrong) played a solid set, full of subtle turns that kept you on your toes. As is true with most jazz sets, their first tune was definitely a warm up - a chance to wake up and stretch the legs. But once they got it moving, it was apparent that things were on the move! The second tune went into to some stellar interstellar ensemble builds before jumping into some more straight-ahead swing. It was a well-timed reprieve for both musicians and audience, offering the group a chance blow over something endlessly familiar before it metrically modulated and off we go again.

Slumgum definitely provided a full-course meal for hungry listeners, covering all the jazz food groups in a well rounded set. There were some tasty individual solos, but I personally enjoyed the ensemble playing the most. As a singular unit they were able to artfully develop solos, building to a head and culling some of what Rahsaan Roland Kirk would call bright moments.

The rest of the month includes sets by many familiar faces of the Vinnie Golia canon: